Loading wagons are designated particularly for handling and loading of treated parts (loads) in the blast chambers, varnish rooms, and other similar workplaces.

Categories: Manipulation with products, Special devices and accessories
I am interested in this product

Loading wagons are designated particularly for handling and loading of treated parts (loads) in the blast chambers, varnish rooms, and other similar workplaces.
Correct wagon movement is only on dry, smooth, non-greasy, and flat surface. The height unbalance of rails where the wagon moves can be maximum 0,3° (5,2 mm.m-1). In case of transporting heavier loads, more people move the handled load or the actuated wagon upon the connection to the pin with a lug on one or second end of the wagon. Maximum car load capacity is indicated on the car label. It is not permitted to use the wagons for other purposes than it was constructed.
The construction solution of the wagons (from load capacity up to 10 tonnes) enables the stacking without interlayer. The wagons are commonly delivered with the wheelgauge 1000 mm, 1435 mm or 1520 mm as per ČSN EN 13803-1, or as required by the user.

Prior to dispatch, all our produced wagons were subjected to static test according to GD 176/2008 Coll. with load 1.25 multiple of rated bearing capacity and dynamic test according to GD 176/2008 Coll. with coefficient at least 1.1. The dimensioning of the bearing parts was considered during the design and calculation considering the erosion material loss during operation in the jetting chamber, varnish room, and another workplace.

Non-actuated filling car is designed for transporting parts with rated load capacity of the car. The car is welded from steel profiles, the loading platform is made as a grid. The car has no axles, the wheels are completed as rollers placed on both sides on the rolling bearings and are fitted with a cover. The sides of the car include suspension pins for crane transport. 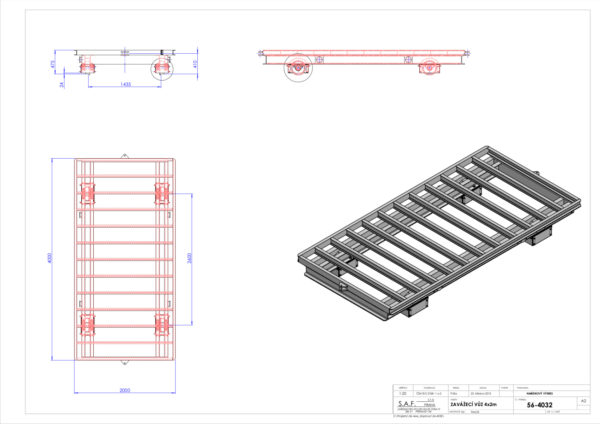 Actuated filling car is designed for transporting parts with rated load capacity of the car. The wagon is welded from steel profiles. The frame has two axles with wheels. One is propelled via chain gear. The propeller aggregate is the air motor with the front three-level transmission. The load platform is partially completed as a grid and partially fitted with dismountable sheet metal covers, after the disassembly the access to the propeller aggregate is free. The sides of the car include suspension pins for crane transport.

The car is actuated with compressed air via the pressure hose (1) from the car side which is removed with the quick coupling after inserting the chamber (cabin). The control is from the left or from the right by means of classic shifting valve which controls the air motor forwards or backwards, or it is controlled from external pneumatic distributor placed outside the wagon.

Outside the wagon, there is a self-winding non-actuated (spring) or actuated (electrical motor) drum for pressure hose for compressed air supply. 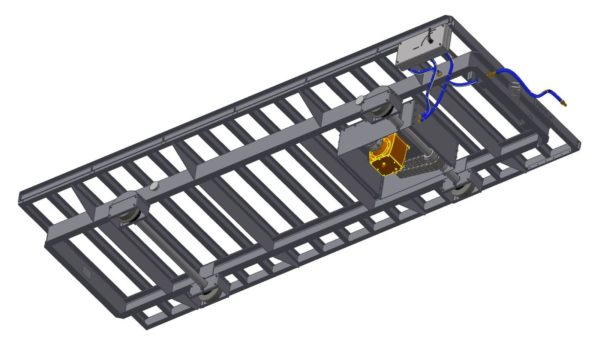 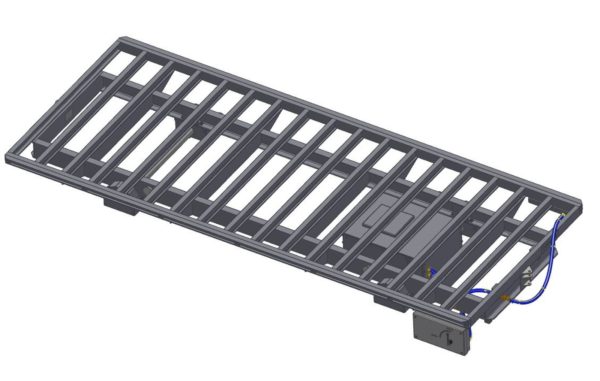 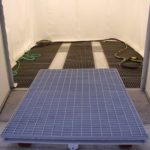 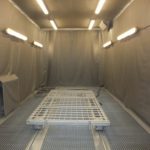 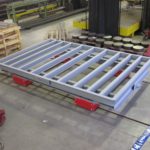 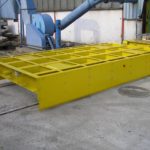 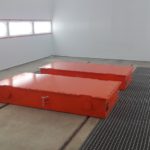 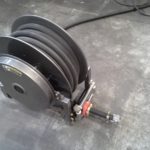 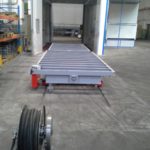 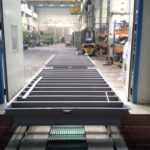 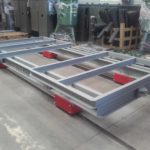 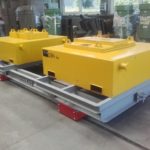 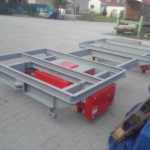 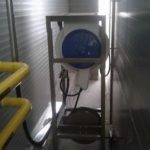 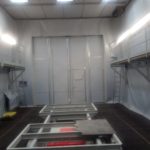 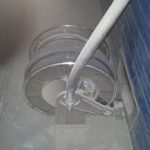 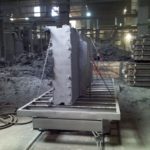 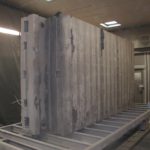 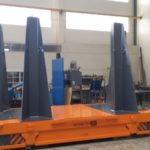 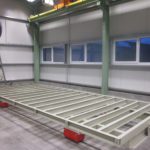 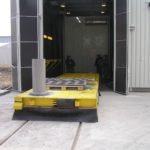 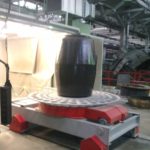